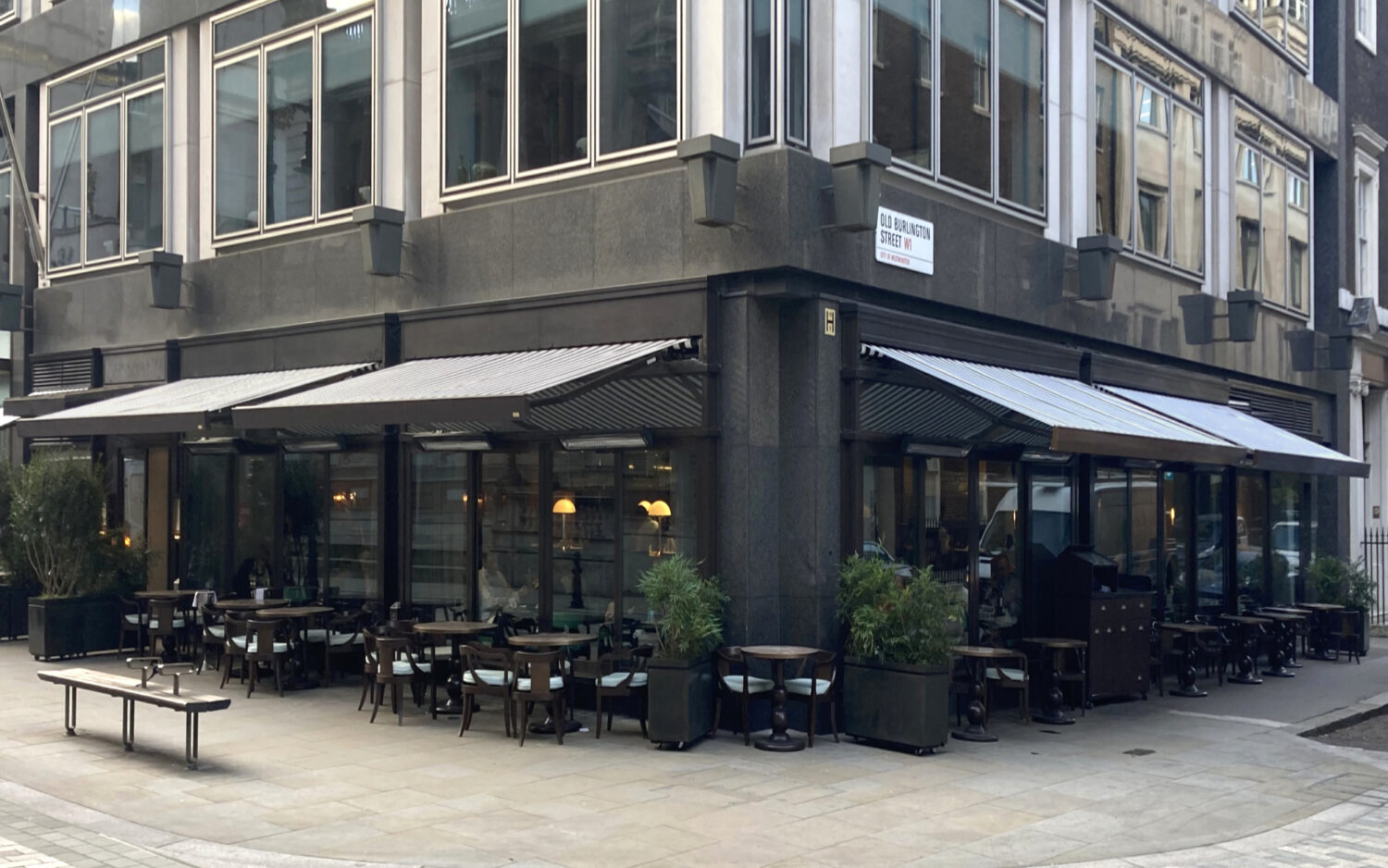 We have worked closely with the Ceconni designers in this fine example of five SQ2 retractable awnings, which provide extended customer cover and which are further enhanced by special Ceconni colour powder coated profiles that match the building fascia and contrast with the bold black and white stripes of the specially commissioned Deans awning fabric.

Retractable awnings on restaurants have been a staple since Roman times when it was clear that diners would always prefer to eat alfresco and, by “alfresco”, we mean the modern interpretation which is to eat outside. In fact the term alfresco, in Italian,  means “in the cool” or “chilled” and, no doubt, this is want the Romans wanted to enjoy two thousand years ago. In the UK the idea of eating in the open air has increased in popularity in the last fifty years or so since travelling to foreign parts has become easier for all. However, in this country al fresco may not always just mean “in the cool”; diners in the UK would also like to enjoy their lunch time repast “in the dry”!

Our retractable awnings, therefore, have to be robust and provide an element of inclement weather protection as well as shade. The SQ2 recessed retractable awning provides a level of robustness which makes in an ideal choice for the restaurant wishing to maximise the demesne of their premises. The SQ2 is a retractable awning which we have developed for installation into new or refurbished shopfronts where the need for an integrated appearance is required. The Deans  SQ2 recessed commercial awning has a significant advantage over other commercial awnings of this type in that the front profile  has been designed in such a way that it  merges completely with the shopfront facia to present a perfectly flat plane.

Opened in London in 1974 by Enzo Cecconi, on Burlington Gardens in Mayfair, Cecconi’s is a modern-day classic Italian restaurant open for breakfast, lunch and dinner, seven days a week. In the subsequent six decades Ceconni’s have become regarded as one of the most highly regarded Italian restaurants in the world and we were very proud to be associated which such a distinctive brand.  The restaurant has outposts in West Hollywood, Miami, Istanbul, Berlin, Barcelona, Amsterdam, New York and Mumbai’