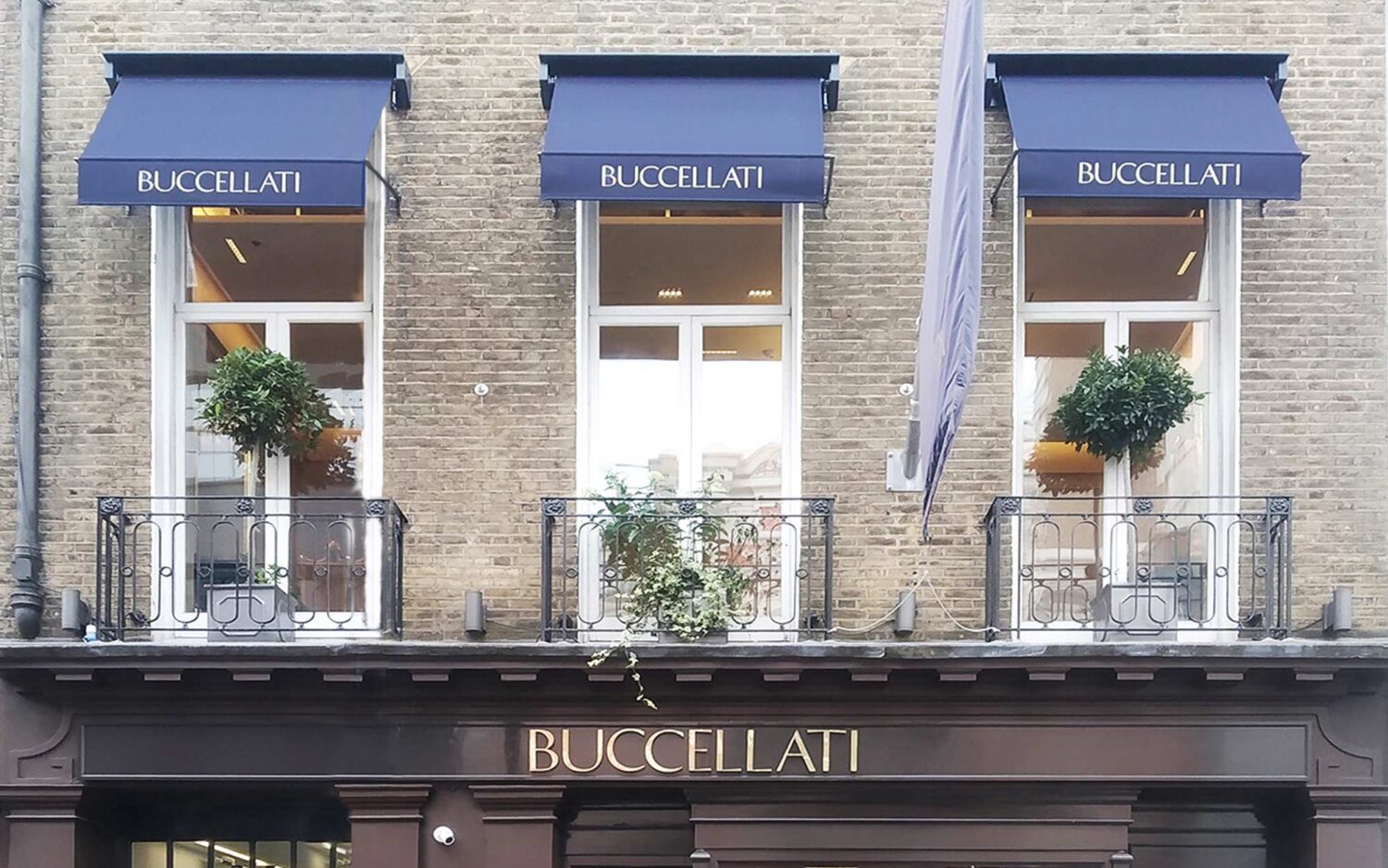 Deans are especially renowned for their original solutions to difficult installations and for their ability to install bespoke commercial awnings in unusual circumstances.

These three elegant bespoke  Marlesbury® commercial awnings, installed here at the upper level of Buccellati fine jewellers in Mayfair were chosen for their unique style and delicate lines which perfectly match the architectural style of the building.  The Marlesbury® commercial awning is an elegant bespoke solution based on the old style continental awning of the 19th century. It’s simple and graceful lines allows it to complement both classic and contemporary settings.

These Marlesbury® commercial  awnings feature a Deco box, painted with environmentally safe water based paint,  with end cheeks  to cover the awning when in the retracted position. The  powder coated arms have pivoting fixings which  allow the awning to be retracted through the  simple medium of a remote switching device which is easily operated from inside the building. It can be seen that the deep valances, weighted for stability, have been branded in the Buccellati  style by means of our RAGS®  graphic process, a  technique which has been developed by us  and which allows for the most detailed graphic to be applied to awning covers, in any recognised pantone reference shade.

In 1919, Mario Buccellati opened his first enterprise and, after the establishment of stores in Milan, Rome and Florence, began the development of his overseas business by opening a new store on Fifth Avenue in New York in 1954 and another in Worth Avenue in Palm Beach, Florida in 1958. This store on Albermarle Street in London’s Mayfair is located in one of London’s most elegant thoroughfares.

Albemarle Street is just, off Piccadilly. It is  historically linked with the writer Lord Byron, whose publisher John Murray was based here. Another famous personage, Oscar Wilde, a member of the Albemarle Club, was insulted here which  led to his suing for libel and to his eventual imprisonment.