Recovering the awnings at Northern Goldsmiths 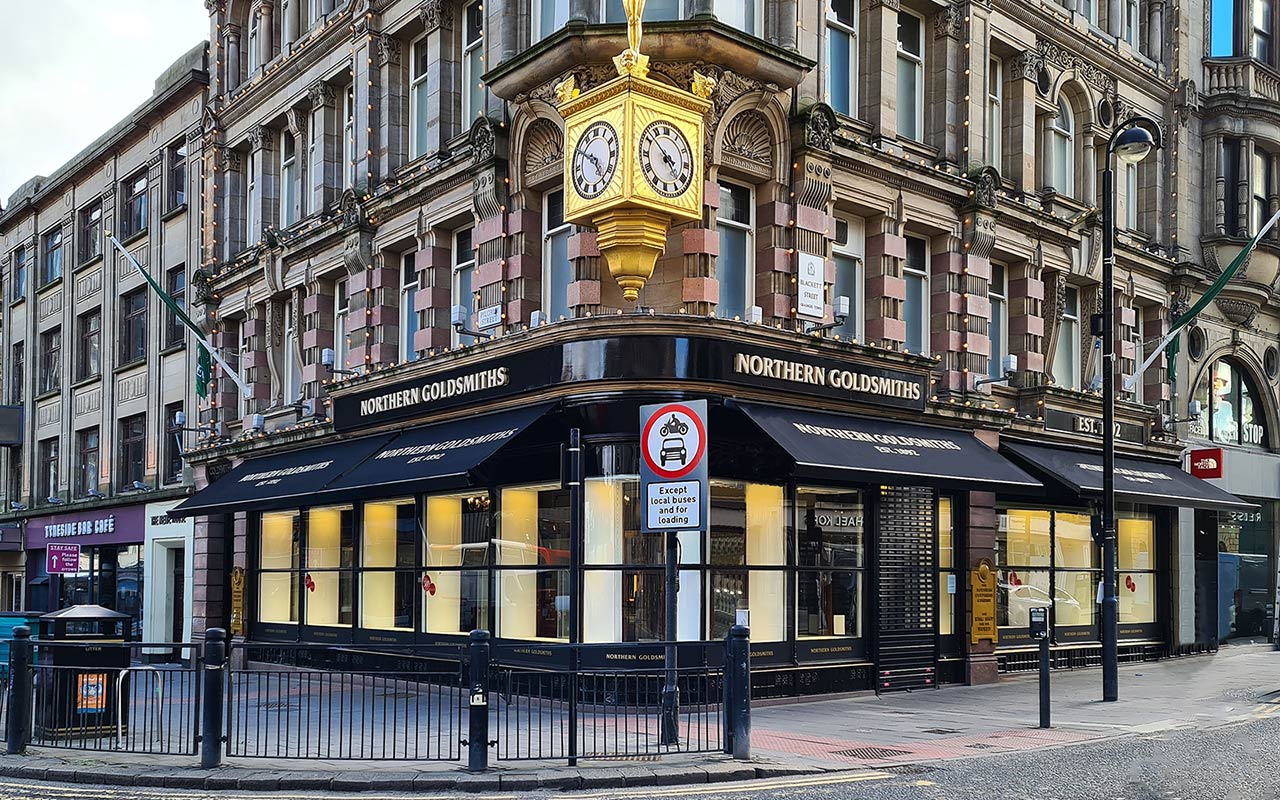 The recovering of awnings is a cost effective way of giving your awning a fresh look and return it to the pristine appearance it had when first installed. A perfect example can be seen on this installation at the beautiful Northern Goldsmiths building in Newcastle.

The recovering of awnings is not something which should be considered lightly as there are many different  types of awnings and it is only by employing an experienced awning installer  that this work can be undertaken effectively and safely. Installers at Deans Blinds have all been through a rigorous training process to ensure they are competent to undertake the replacement of awning covers and carry out the necessary checks to the awning to ensure its continued safe installation.

With over 300 shades of awning fabrics in the Deans portfolio of colours there is every chance that a shade will be available which will fit with your own particular corporate style. On these awnings at Northern Goldsmiths it can be seen that branding, in the form of gold text, has been added through the means of our RAGS® graphics application process; a digital system which ensures a sharp image and faithful colour representation.

Northern Goldsmiths is proudly situated on the corner of Pilgrim Street and Blackett Street, Newcastle, where it has been since 1892 which, coincidently, is just two years before the establishment of Deans Blinds. During the refurbishment of the building a key element was the retention  and refurbishment of the “Birdcage”, the 24 carat gold Rolex clock and the golden Lady Venus which stands out on stanchions high up on the corner.

It is believed that Pilgrim Street derived its name from the pilgrims who lodged in it. Pilgrims came from all parts of the kingdom to worship at Our Lady’s chapel at Jesmond. The inn in this street was a favourite with pilgrims which is how it got the name of Pilgrim Street, and the inn itself became known as Pilgrim’s Inn.