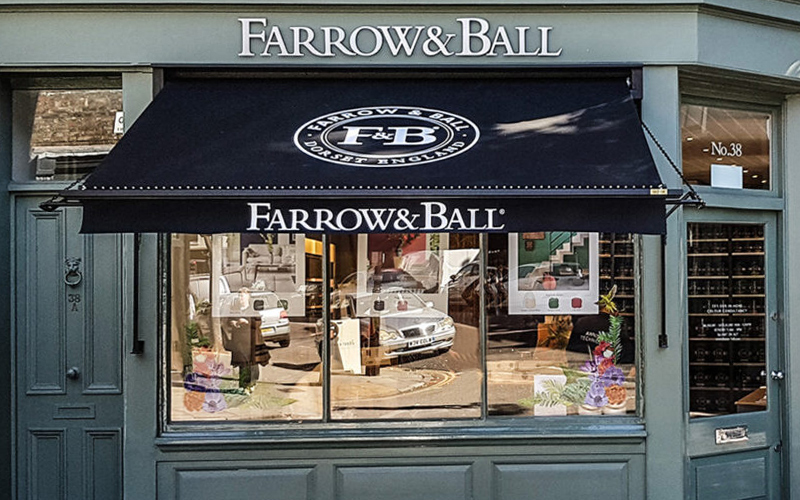 Farrow & Ball was started by John Farrow and Richard Maurice Ball in 1946 in Wimborne Minster, Dorset. The firm have worked with the National Trust for Places of Historic Interest or Natural Beauty of the UK, in formulating near to exact matches for the restoration of historic building interiors and exteriors. Today they maintain an updated colour card of 132 colours. Farrow & Ball also produce wallpaper patterns made using traditional block, trough and roller methods and made using Farrow & Ball paint. They are also well known for their imaginative paint colour names such as Elephant’s Breath, Broccoli Brown, Pigeon and Savage Ground.

The Angel area of Islington is named after the Angel coaching house and hotel which itself became famous as one of the hotels featured in the Waddington’s Monopoly game. Today the building houses the Co-Operative bank and there is a new Angel pub located close by. The original coaching house pub ceased trading in 1921 and the building was sold to restaurateurs J. Lyons and Co. who were renowned for their corner tea houses during the earlier parts of the twentieth Century. In fact this location in Islington was their Flagship venue.  Fast food outlets developed in the 1950’s made the tea rooms less popular and eventually contributed to their demise.