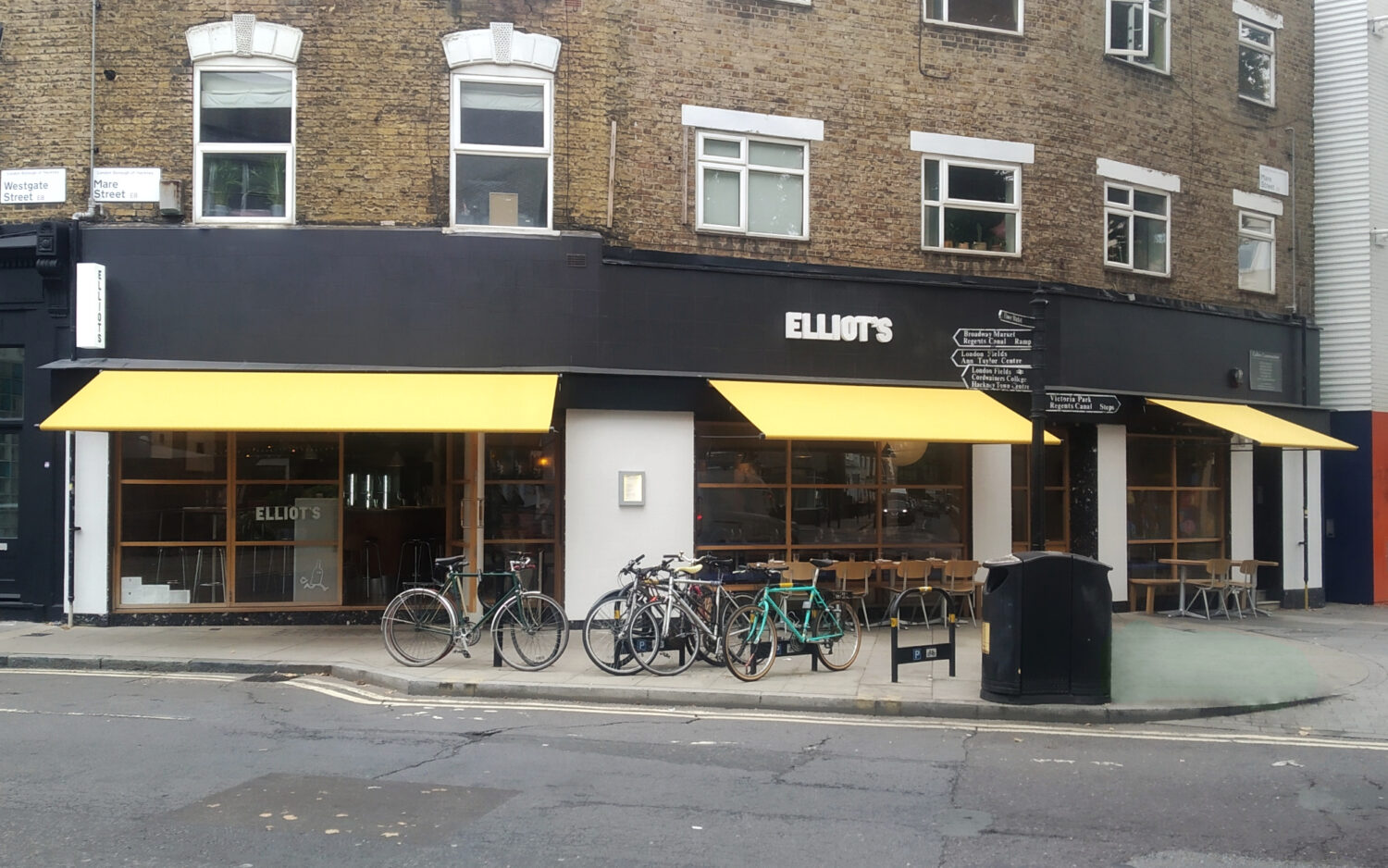 As a manufacturer, rather than merely an assembler of awnings, Deans are in the unique position of being able to create bespoke solutions to customer specific requirements.  These three Greenwich ® awnings are the result of consultations between the client Elliot’s, the Designers, Hesselbrand, who have offices in London and Oslo, and our Design Team based in London.

The brief was for a simple and sophisticated  look which mirrored the uncluttered look of Elliot’s but with a hint of the traditionalist which has been accomplished by the inclusion of the Powder coated Greenwich® sliding side arms.

The minimalist approach is continued  in the lack of branding adornment to the soft yellow awning fabric which has been wrapped around the front awning profiles to complete this modernist facade.

Whether you have a specific concept in mind for your project or just need some ideas an initial discussion with one of our consultants will help you to understand what is possible and we may be able to assist further through our Digital imaging process by which we will be able to create a render of your proposal for prior approval before we actually commence the works.

Elliot’s is a restaurant, bar & natural wine store located in Borough Market & Hackney. Seasonal wood fired cooking using the best produce from independent suppliers. They’ve become a favourite in Borough since opening there. This restaurant in Hackney was doing delivery and takeaway only during the lockdown but now has opened the doors for dining in for the first time.

Mare Street is a street in the London Borough of Hackney. It has existed since the 15th century, when it was one of the first roads at the centre of the parish and the Flying Horse Inn was a staging post for travellers. The word mere was either the Old English mǣre meaning a boundary — referring to the boundary with the parish of Stepney — or mere, a large pond which was fed by Hackney Brook.