Awnings for pubs – a Deans speciality 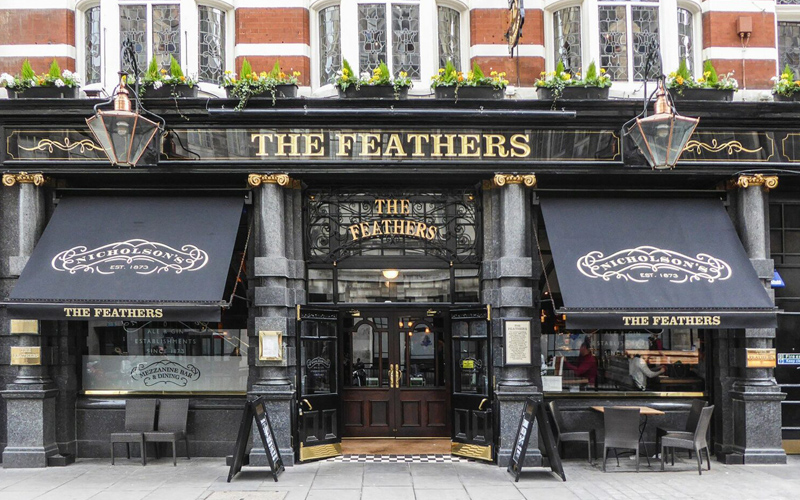 The complex Nicholsons graphic which you see on these two traditional Deans pub awnings, recently installed   at The Feathers Public House on the Broadway, Victoria. have been  created, using our RAGS® Graphics application process. These pub awnings have been installed carefully within the complex moulded pillars and decorative lintel of this listed building. The Deans shop blind styled pub awning  has been manufactured in fundamentally  the same way as we made these back in the eighteen nineties but now we use  modern resilient, and environmentally sensitive components to create the robust completed product.  The Deans traditional pub awning  may be left extended in all but the most unfavourable weather conditions, however, if very strong winds or icy conditions are expected then is would be a sensible precaution to the retract the awning. The chains you see at the ends of the awning are referred to as “storm chains,” an apt description considering the weather conditions that some people tend to allow the awning to be extended under.

The sign over this pub’s fine Victorian façade commemorates the feathers of the Prince of Wales. At the time  the pub was built, the then Prince was  the future Edward VII. Opposite the premises are the grand head offices of the London Transport Executive. The sculpted figures facing the pub are by Sir Jacob Epstein and depict ‘Day’, with ‘Night’ being represented on the other side of the building.