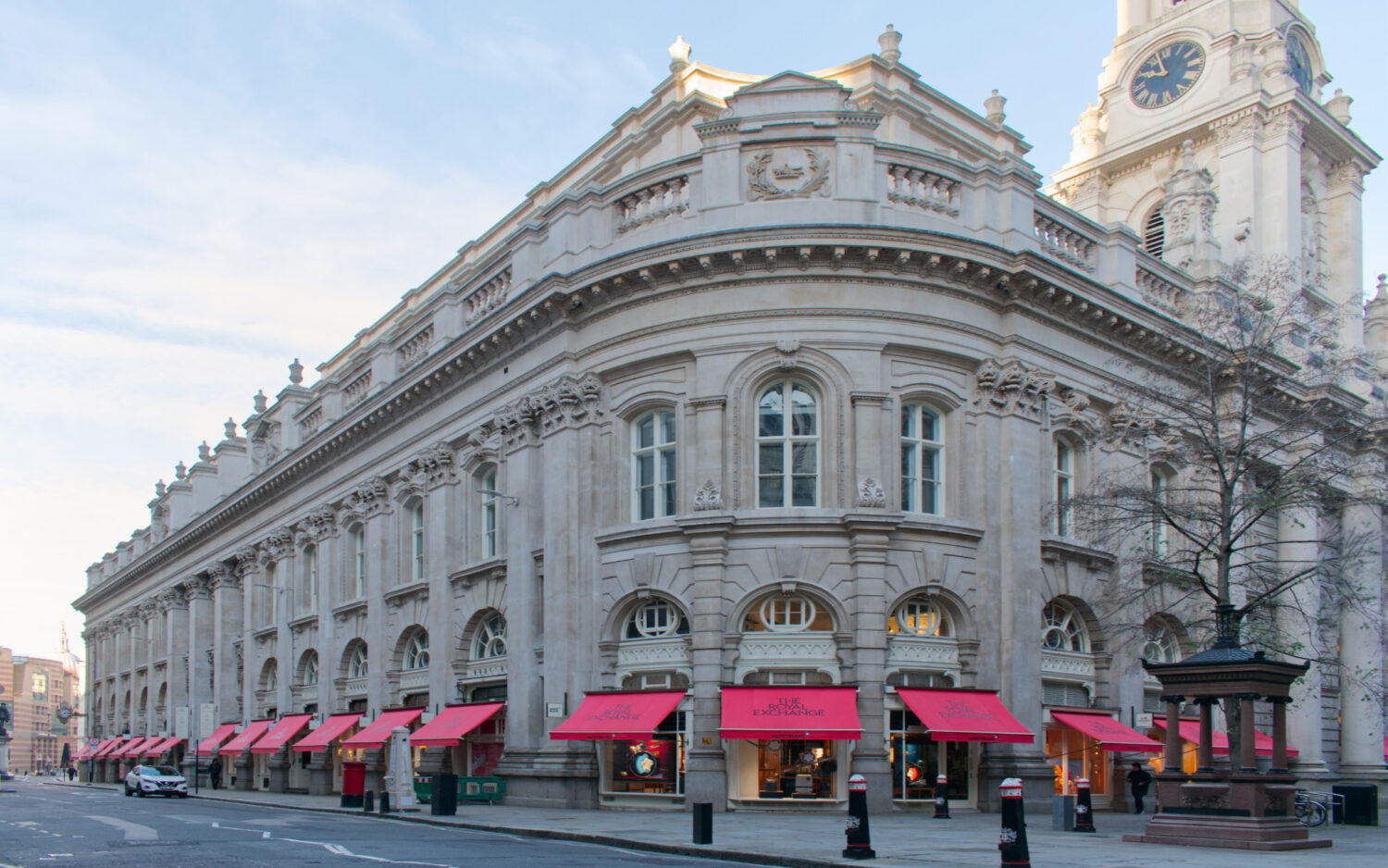 One of London’s grandest and most iconic buildings, at the heart of the City of London, The Royal Exchange has seen many different uses throughout its extraordinary history since its origins as London’s first purpose built trading centre in 1566. Like so much of central London the Royal Exchange was destroyed in the Great Fire of London in 1666, then again by fire in 1838, this time started in Lloyds Coffee House, and finally severely damaged in the blitz of World War 2.

Since then, after spending nearly 50 years of varied use, including briefly returning to its trading roots in the 1980s, the Royal Exchange finally started to be treated with the dignity which it deserved and in 2001 was transformed into a luxury shopping and dining destination. Today, The Royal Exchange is commemorating a milestone in the history of this iconic City of London building, their 450th anniversary.

Having been established since 1894, Deans provenance for this claim is undisputed. Designing Traditional Victorian Awnings for over 100 years, has positioned us as the foremost bespoke awning manufacturer in the UK. We will be providing further updates on the details of these works in future posts.