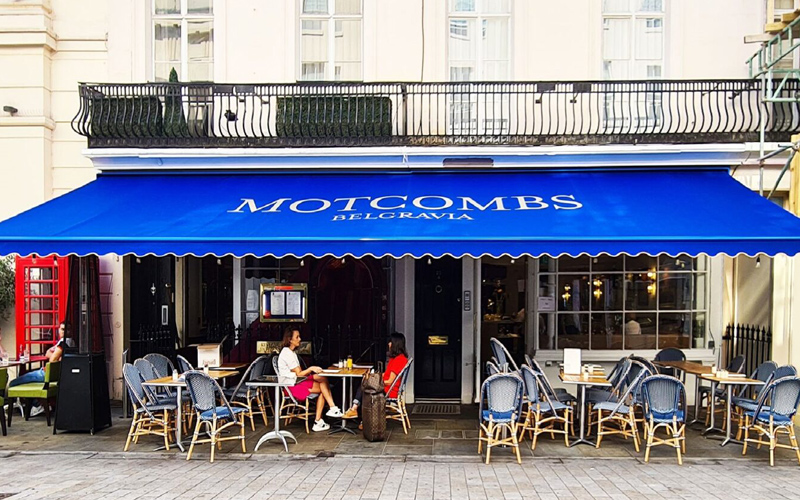 The Classic awning is an unfussy design which belies the robust construction required of a high street installation. Electrically operated by remote switch the awning can also be automatically controlled via an integrated sun and wind sensors. The gold coloured branding on this Classic awning has been achieved through our unique RAGS® graphics process which combines the sophistication of digital imagery with an artistic flair for  application.

Motcombs is  a Modern European restaurant, brasserie and bar located near to Sloane Street, it is opposite Christian Louboutin and hosts lots of regulars and locals in a friendly atmosphere. The casual feel should not detract from the restaurant which serves up seriously good food including an impressive selection of fish and game and an excellent wine list.

Belgravia was known as Five Fields during the Middle Ages, and became a dangerous place due to highwaymen and robberies. It was developed in the early 19th century by Richard Grosvenor, 2nd Marquess of Westminster, focusing on numerous grand terraces centred on Belgrave Square and Eaton Square.  Recently many of the properties previously owned by the Duke of Windsor has been sold privately.